Written by Rockaway Staff on February 6, 2020. Posted in Boyleing Points.

We rolled into Florida and froze our patooties off. After mid-70s, nice-as-can-be weather in Nowhere, Georgia, our blood must’ve thinned because we were not ready for 41 degrees and a frigid wind chill in the Sunshine State. Forty-one is harder in Florida than anywhere else. It makes you mad.

I’ve come all the way to Florida for this? I’ve just seen a hundred Waffle Houses, two thousand Publix, a Walgreens for every palm tree and the same Twilight Zone strip mall for the past 200 miles. And now I get to freeze? The Gulf of Mexico looked great—for a polar plunge.

But we made it. If you’ve been following, Rick Horan and I set out on a long bike ride from South Carolina to Florida. Clearwater was our destination. At mile 583, we pedaled down Cleveland Street and raised our cold hands in triumph. We’d completed twelve straight days of biking, just about 50 miles a day.

For the first 10 days of the trek, I had dreamed of the cold beer that I would celebrate with. On arrival day, a hot toddy was more like it. Which I don’t think they have so I just warmed my hands over the Margherita pizza we ordered. Instead of bikes, we looked like we had arrived by dog sled as our teeth sent out Morse code sounds for help.

Clark of Lewis and Clark shouted, “Oh, joy,” when he saw the Pacific Ocean after their grueling expedition. Upon view of downtown Clearwater, I muttered, “It’s effin’ freezing.” In fact, I said it many times. Even in the grip of the arctic air, I managed to chuckle at the accompanying photo. Your day could really go in one of two directions. 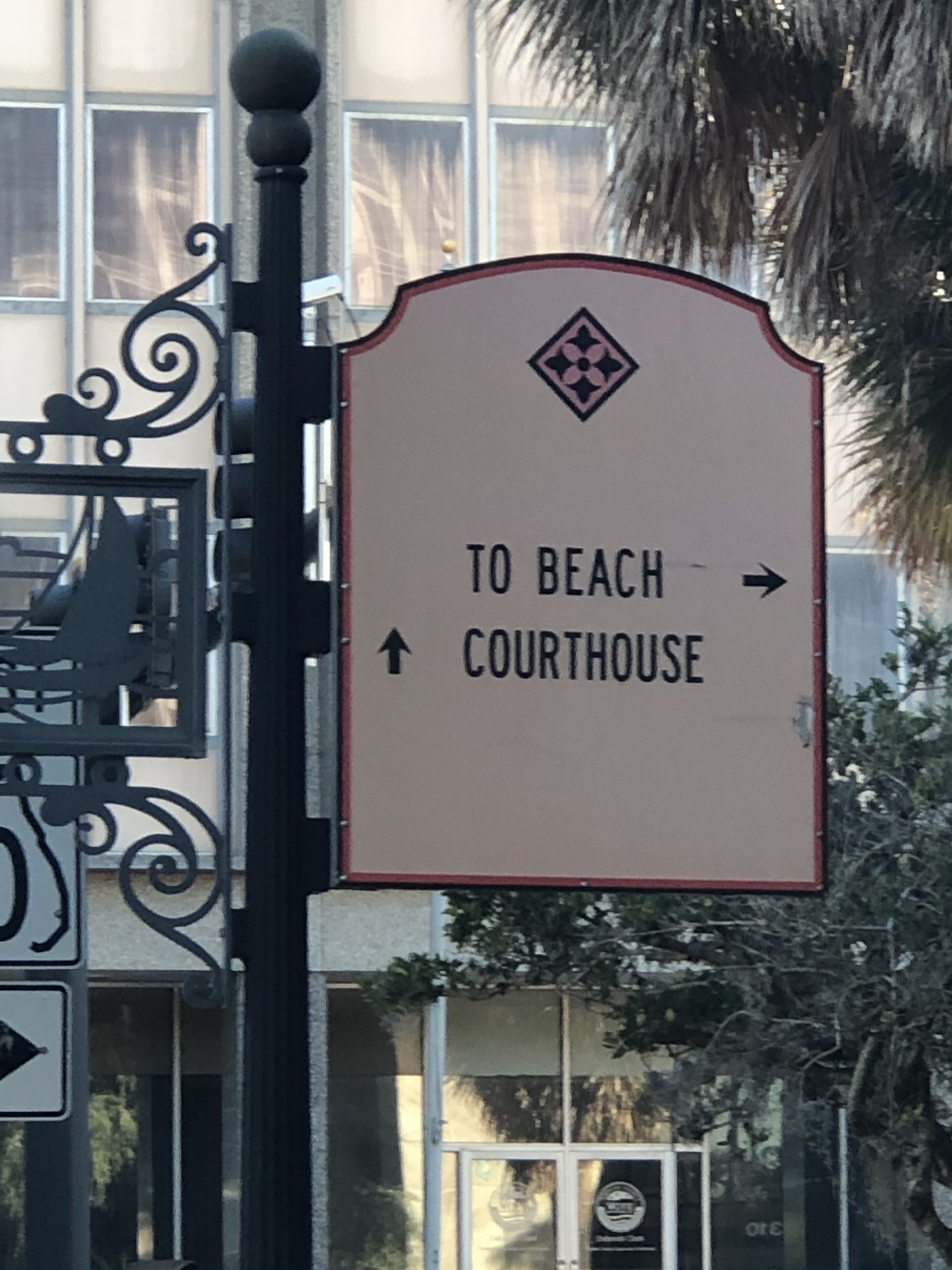 Our eyebrows had icicles as we checked into our Airbnb in nearby Largo, Florida. We defrosted the next day as the thermometer registered a balmy 56.

We had chosen Clearwater as the final destination because it’s the site of a basketball tournament held each year in January. I wanted to see what the  Tampa Bay Masters was all about and Rick, who can’t play basketball for shinola, was happy just to join the bike ride adventure.

The tourney was an eye-opener. Guys from all over the country—even a team from Lithuania—came to play hoops over a four-day period. And the catch was, every player was over 40 years old. Almost two dozen guys were over 70. That’s seven-oh, playing basketball.

When I saw a couple of 75-year-old guys fighting for position under the basket and then hustling up court on the next play, I felt like a weenie for complaining about my sore butt from bike riding. These guys were too busy living to be complaining about anything.

Little did I know, the Tampa Bay Masters tournament was just one stop on the circuit. There are similar tourneys run throughout the year all over the country and many of the guys I met in Clearwater travel to and play in these games. Through all levels, the comp was good and most everyone seemed to be playing with a smile on their face.

As fate would have it, one team needed a warm body after a calf muscle pull sidelined an old-timer. A couple of guys recruited me to play and after some resistance, I gave in—not knowing the only shorts they had were for a 7-foot 350-pound guy who last played in a harem.

I put the oversized dress on and worried I’d be an instant meme: Old guy channels MC Hammer, dresses in clown pants, and tries to play basketball. I couldn’t get on the court with these things but I didn’t want to insult the guys who were nice enough to ask me to play. I was dying.

The slightly grainy photos attached to this column look like Big Foot photos from the National Enquirer but I’m here to swear it was all true—although look at the referee’s expression! He was there and he can’t believe it.

At the last second, the team captain decided I didn’t have to play in drapes and was ok’d to play in Graybeard shorts. Good thing. I had been imagining the play-by-play guy saying, “Boyle tacks left, now tacks right,” as if I were wearing sails.

Anyway, these guys didn’t know if I could play or not, so they, understandably, kept me on the bench until the second half with the game pretty much decided.

After the game, one guy called me a “high energy player” which I took as an insult. He might as well have handed me a sportsmanship trophy. But I guess it wasn’t meant as a put-down because he pressed me to play in their next game. I was flattered but then made my best move of the week: the Irish exit.

I got out alive, in one piece, and celebrated my birthday with my bride who will remain nameless. She’d flown in for the occasion.

It was my birthday but I raised my glass to these guys. They get a sweat; they stay in shape. They make new friends. Some drink beer; some don’t. They all agree it beats golf and complaining about the cold.

When they see a basketball court, they say, in one way or another: Oh, joy!