Poseidon’s Parade was one for the fishhooks, uh, books! On Saturday, September 17, Rockaway donned their nautical best and took to the boardwalk to make a splash for this annual end-of-summer bash. 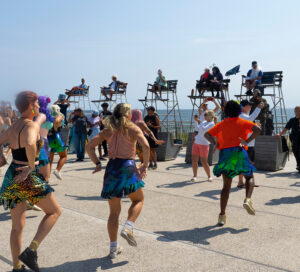 The Rockaway Mermaid Brigade with Casey Brouder at the helm, pulled it off again. From mermaids to sharks to even Poseidon made out of balloons, the creativity knew no bounds at this year’s parade. The fun began starting at Caracas and the parade made its way to the Beach 97th concession this year, with a stop in front of the judges on Beach 102nd Street.  Revelers lined the boardwalk along the route to watch the show. The parade was led by NYC Parks and their beautiful mermaid Che Monique on the Rising Tide Effect floa,t and the parade Queen and King, Ginger Ladd, Mister Ladd and their sons, looking like true royalty in their gold garb, ended the procession. 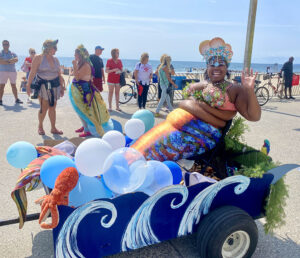 Lifeguard Barbie Bettina Hornung introduced each entry to the judges, including Charlie, Diesel, Marybeth Galvin, Jay and Tommy Burke, who had the tough job of picking this year’s winners. At a ceremony at the Beach 97th Concessions, the winners were announced. Jimmy Dowd hosted the award ceremony while Max Power played some tunes, and before the winners were announced, Bobby Butler announced some well-deserved awards for some of the heroes of summer, Rockaway’s lifeguards, especially Amber Walters, Liam Burns and Robbie Agoglia for going above and beyond. 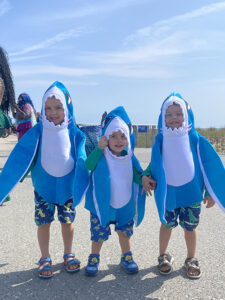 This year’s Poseidon Parade winners included: SpongeBob Pups for Best Float; Jeep Dog for Best Pet; Poseidon Balloon for Best Individual, the “Ms. Colombia Award”; Poker 101 for Best block; the Tailshakers for Best Performance; Electric Eels for Best Children’s Group; the Knights of Columbus Shark Attack for Best Pub/ Restaurant; Junior Mister Softee for Best Recycled Materials; House for the Hermit Crab for Best Bike; the Galaxy Bubble London for Best Overall; and The Findyhoppers Swing Group for Best Adult Group, “The Kristine Caruso Award.” This special award was named this year in honor of the late Kristine Caruso, a young woman despite living with a neurological disorder that left her wheelchair bound, would show up in full mermaid glory and with a beaming smile, to march in every parade. Caruso passed away in May. During the award ceremony, the Caruso family and her fiancé Kevin O’Connor were given the honor of presenting the award in Kristine’s name. 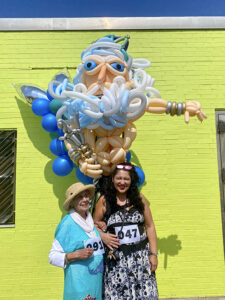 Kudos to the Rockaway Mermaid Brigade, NYC Parks and the many volunteers and participants who make this annual event a success! 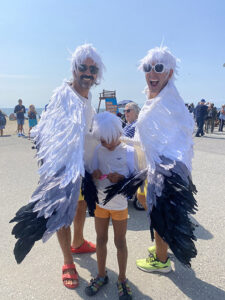 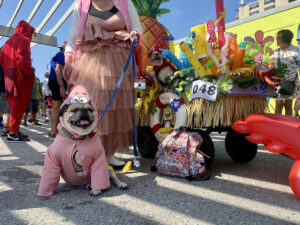 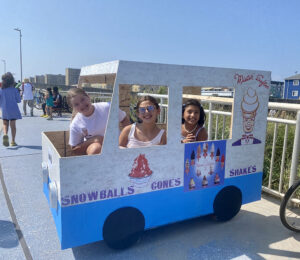 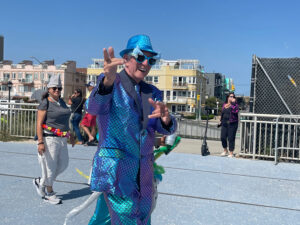 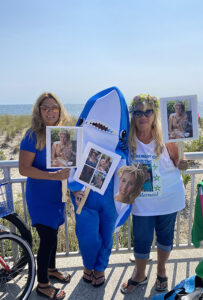 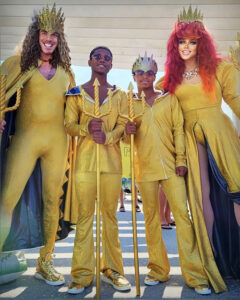 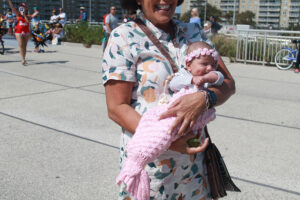 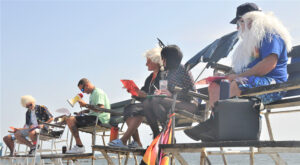