Team RBNY-18 has done it again. On Sunday, October 16, more than 30 locals teamed up to make the climb at Belmont Park, and raise more than $10,000 at the National Stair Climb. 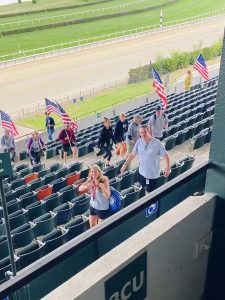 Every year, thousands ascend upon a local venue to climb 2,200 steps, symbolizing the 110 stories of the World Trade Center Towers, the same climb FDNY firefighters did on September 11, 2001, in which 343 firefighters gave the ultimate sacrifice. To honor that climb, each year the National Stair Climb is held to pay tribute to the fallen and to raise funds for those who continue to struggle. Money raised goes toward the National Fallen Firefighters Foundation to support the families of local fallen firefighters and the FDNY Counseling Services Unit. 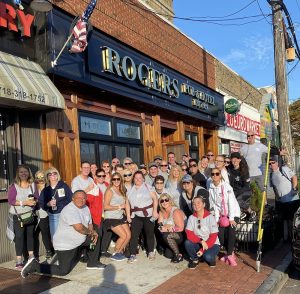 On Sunday, Team RBNY-18, named for the 18 firefighters lost from Rockaway to Breezy Point, met at Rogers Pub before hopping on a bus to Belmont and making the climb. The team, led by local Jen Fabry, met back at Rogers for post-climb festivities. RBNY-18 raised more than $10,000 alone for the cause. Congratulations to all participants!