Written by Katie McFadden on November 3, 2022. Posted in NEWS.

It’s that time again. Early voting is underway through November 6, Election Day is Tuesday, November 8 and with governor on the ballot among several other important races, this election is not one to miss. Here’s a rundown of who you’ll see on your ballot this year.

The race for governor is between current Governor Kathy Hochul (D) and running mate Lt. Gov. Antonio Delgado, and challenger, Congressman Lee Zeldin (R) and his running mate Alison Esposito. Hochul, the former Lieutenant Governor, became the first female governor of NY when she stepped into the role in August 2021 when Governor Andrew Cuomo resigned. Some of the key issues she stands for are reproductive rights, gun control, Covid recovery, the environment and more (see KathyHochul.com for more). Zeldin is the congressman for NY District 1 since 2015, an U.S. Army officer and current Army Reservist, and a lifetime Long Island resident. Some of the key issues he stands for are public safety, the economy, freedom from Covid mandates and more (see Zeldinfornewyork.com for more).

The race for U.S. Senator is between longtime Senator Chuck Schumer (D), Joe Pinion (R) and Diane Sare (I/ LaRouche). Schumer looks to maintain the role he’s held since 1998. (For his stance, see ChuckSchumer.com.) Pinion, an advocate, entrepreneur, and Political News Commentator, is giving him a challenge this year (For issues see JoePinion.com), as well as Diane Sare (see SareforSenate.com).

Of local interest are the races for Congressional District 5 and Assembly District 23. In the Congressional race are Congressman Gregory Meeks (D), who has served Congress since 1998 and Rockaway’s District 5 since 2013, and challenger Paul King (R). Meeks views boosting the economy, creating new jobs for the residents of the 5th Congressional District, and greater business access for small, minority, and women-owned enterprises as core to his mission. He also serves as Chairman of the House Foreign Affairs Committee, so he is often abroad (For more see: www.congressmangregorymeeks.com). King, of Belle Harbor, is not a politician, but has long served the community as a CYO and Little League coach, a member of Community Board 14, and president of the Belle Harbor Property Owners Association. Job creation, public safety, cost of living and education are among his top issues (For more, see Paulkingforcongress.com) 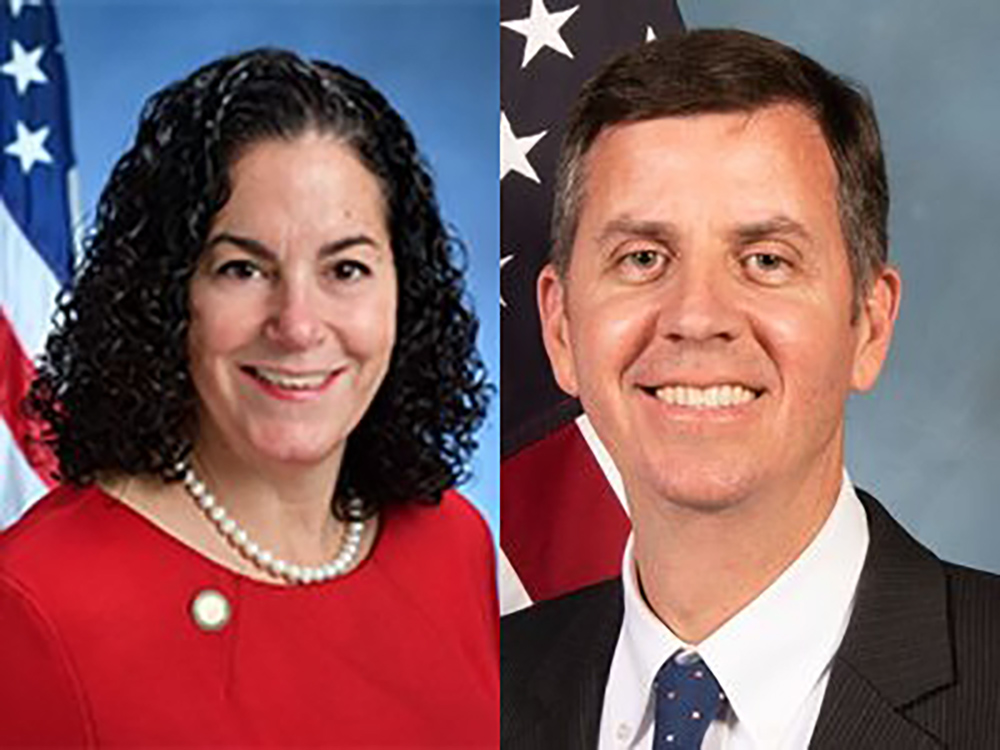 In the District 23 Assembly Race, longtime Assemblywoman Stacey Pheffer Amato (D) is being challenged by Breezy Point resident Tom Sullivan (R), who has previously run for state senate.  Following in the footsteps of her mother, Audrey, Pheffer Amato has served District 23 as Assemblywoman since 2017. Pheffer Amato considers herself to be a moderate democrat and has received the endorsement of several unions including the PBA, UFA, COBA, UFT and others. She has been campaigning on accomplishments while in office including addressing more than 6,000 constituent concerns that have been brought to her office, bills she has passed such as 9/11-related bills, creating a Remembrance Day, ensuring a moment of silence is held in schools on the anniversary, and most recently, a bill ensuring breast cancer survivors are covered by insurance for reconstructive surgeries (For more, see: https://assembly.state.ny.us/mem/Stacey-Pheffer-Amato)

Challenger Sullivan is not a politician but has served nearly 30 years in the military, works in financial services and has experience owning a small business.

Sullivan’s top priority is public safety in the wake of an uptick in crime, and suggests rolling back bail reform, something his opponent voted for as part of the state budget. He also wants to address economic issues and education (For more, see: www.sullivanforassembly.com).

Judge of the Civil Court- Queens is also on the ballot. Voters will have a choice of two between Karen Lin (D), William Shanahan (R), Maria Gonzalez (D) and Daniel Kogan (R). Justice of the Supreme Court- 11th District is also on the ballot, but voters choose four and there are only four candidates on the ballot, running on both party lines—Denise Johnson, Leigh Cheng, Lee Mayersohn, and Nestor Diaz.

Please note early voting locations may be different this year. Those in the area of the Rockaway YMCA on Beach 72nd Street will continue to vote there. However, those on the west end vote at the RAA Building in Fort Tilden this year and those on the east end vote at the Sorrentino Recreation Center on Cornaga Avenue. Election Day voting locations will be even more local. To find your exact poll site for early voting and election day, see: https://findmypollsite.vote.nyc/