Pizza on the Point Comes to Breezy

Breezy Point finally has a pizza place and it’s on point. On October 29, Pizza on the Point opened with lines out the door, and that excitement has continued as locals line up to grab a slice of their own.

With Tom McGoorty and Mike Strong of Breezy Point and Rockaway’s Pat Hayden and Meat Up Grill chef Michael Fiore, at the helm, they know just what was missing in the neighborhood, and the right ingredients to make a great slice. With New York style pizza featuring a thin, crisp crust, fresh sauce, cheese, a hint of garlic in almost everything and popular toppings from pepperoni to more unique choices like broccoli rabe and sausage, Breezy Point can’t get enough of the newest spot in town.

When a space opened up in the prime location of the Breezy Point stores, Breezy resident Tom McGoorty literally jumped at the opportunity. “This was originally Country Heart Cooking and she had put it up for sale and Tom basically jumped out of his chair on the beach and ran here to make a handshake deal because he knew it was going to be something that would be in high demand and he didn’t want it to go to waste,” Fiore said. Once the deal was signed, McGoorty enlisted the help of Hayden, Strong and a man he knows makes great food—Fiore, with his mind set on bringing pizza to the Point. 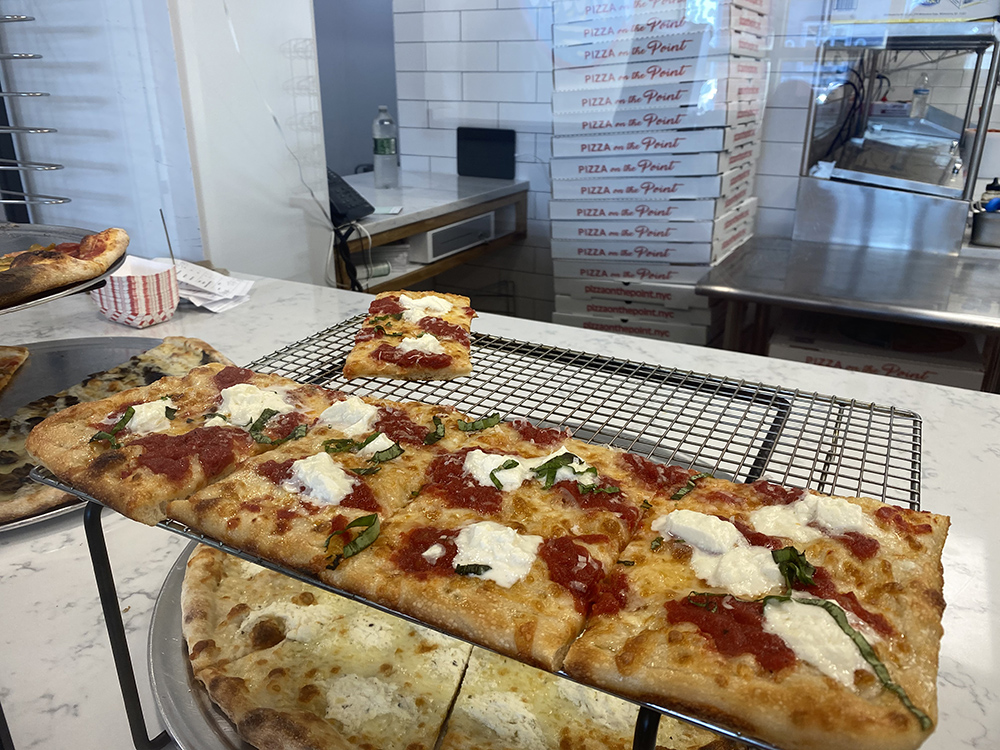 Why pizza? “It’s the number one food in America. There was no pizza here and there’s some 3,000 homes and the closest pizza places are on 129th and 116th,” Fiore said. “We have a place for kids to go now and everybody that lives up here can pass by on their way home from work.”

The gentlemen acquired the space located at 202-20 Rockaway Point Boulevard in January and were hoping for a pre-summer opening but were hit with some delays. “We were coming off of pandemic supply chain issues and also, this was a full renovation. We wound up putting a lot more time and money into the build out from all new electric and plumbing to a new septic tank. It was damaged from Sandy and never repaired, and we didn’t want to build on this and run into an issue later, so we started fresh,” Fiore said.

But two weeks ago, Pizza on the Point started whipping up pizzas for a soft opening that led to high demand as word spread. “We decided to just test some pizza and all of a sudden the line was out the door on the first day and it’s been like that each day,” Fiore said. “It’s been really positive. If the product is good, they’re gonna want it.”

In its soft opening, Pizza on the Point has released a limited pizza menu. Some of the big sellers so far are their grandma slices, the garlic broccoli rabe and sausage pie, the white pizza with roasted garlic, the wild mushroom pie and their hot pepperoni pie with Mike’s Hot honey—all things that may be on the permanent menu. “We’re letting the customers dictate the menu and seeing what sells and what doesn’t,” Fiore said. There will also always be something different as they’ll have weekly specials featuring whatever fresh ingredients are on the market.

In addition to pizzas, they’re slowly rolling out some other specialties like rice balls, which are also big sellers, and now pastas and chicken parmigiana. They’ll also be rolling out salads, more pasta dishes, more Italian meat entrees, heroes and desserts.

But so far, with what locals have been able to try, the response has been great.  “The feedback is awesome. Everyone is so happy that comes in here. Everyone is excited to have a late-night option to come to and some place to go coming off the beach,” McGoorty said. “It’s great so far. I think we picked the right group of partners and we’re staffing it with the right people and getting good feedback from the neighborhood,” Hayden said. 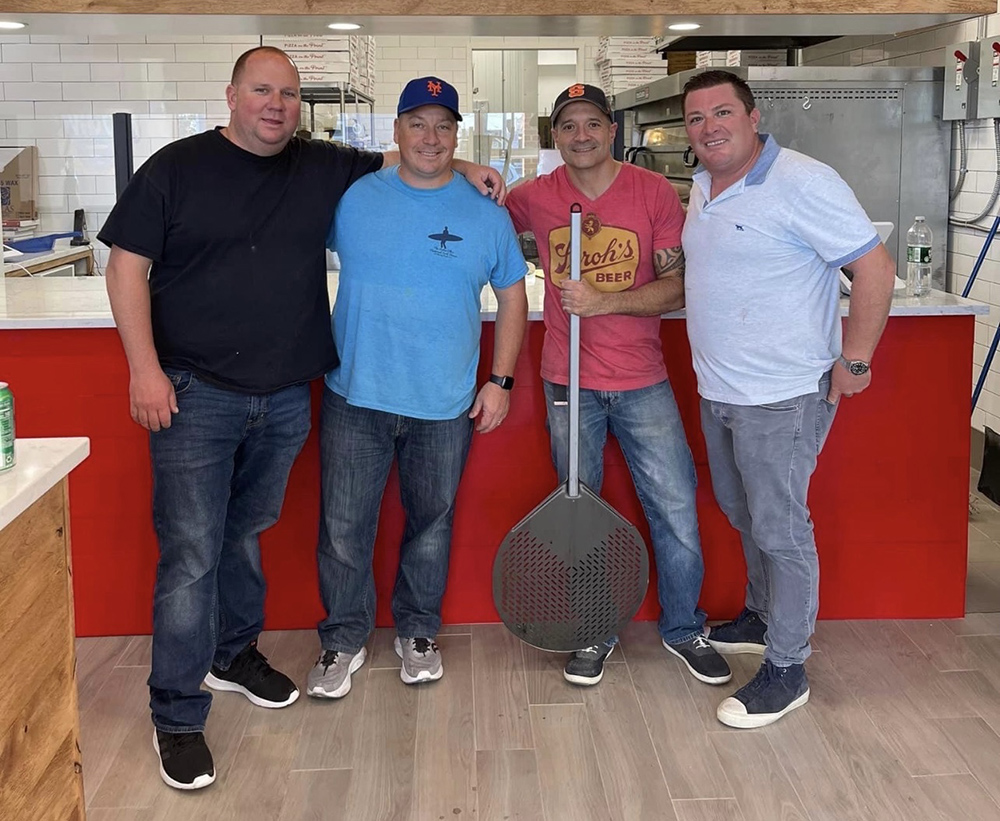 And it’s only going to get better. There are plans in the works to apply for a beer and wine license. Plus, Pizza on the Point is continuing the hiring process to expand its staff so it can eventually expand its offerings and hours. They’re currently closed on Tuesdays, open from 12 p.m. to 9 p.m. on Fridays and Saturdays and 12 p.m. to 8 p.m. the other days, but they’re aiming to open seven days a week.

The restaurant offers delivery, but only to Breezy Point and Roxbury for the time being. They will eventually expand delivery to up to Beach 116th Street in Rockaway. They will also offer online ordering, but for now, phone orders are welcome by calling 718-634-0100. More information and a full menu will eventually be found on the website: Pizzaonthepoint.nyc and photos of the delicious pies and specials can be found on Instagram: pizzaonthepoint_nyc

The owners of Pizza on the Point plan to have a grand opening ceremony with a ribbon cutting, but details will be announced at a later time.