On November 12, 2001, American Airlines Flight 587 came crashing down in Belle Harbor, killing all 260 people on board a flight headed for the Dominican Republic, and five neighbors on the ground—Helen Concannon, Thomas Concannon, Kathleen Lawler, Christopher Lawler and Franco Pomponio.

On Saturday, November 12, just after remnants of Hurricane Nicole passed by and the sun came out, those who lost loved ones 21 years ago gathered at the Flight 587 Memorial on Beach 116th Street to remember the fallen. 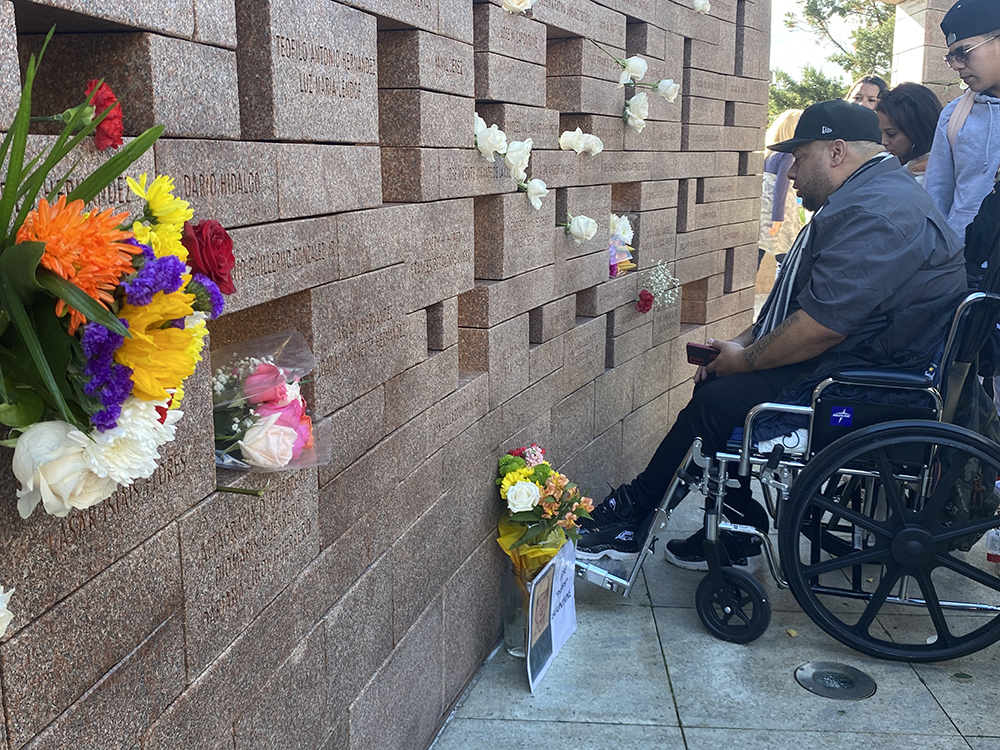 Reverend Deacon Bienvenido Valdez led the ceremony with a prayer. A moment of silence was held at 9:16 a.m. to mark the time the plane crashed. Then Genesis Ramirez, Berenice Matos and Karla Saavedra read the names of the 265 people who died that day. Dominican Consul of NYC Eligio Jaquez and Belkis Lora of the Flight 587 Committee provided remarks. Lora made sure to acknowledge the late Freddy Rodriquez, the artist who created the Flight 587 Memorial, who died just a week ahead of the ceremony. Mayor Eric Adams was invited to speak but being at the SOMOS Conference in Puerto Rico instead, Adams sent his chief of staff, who provided remarks. 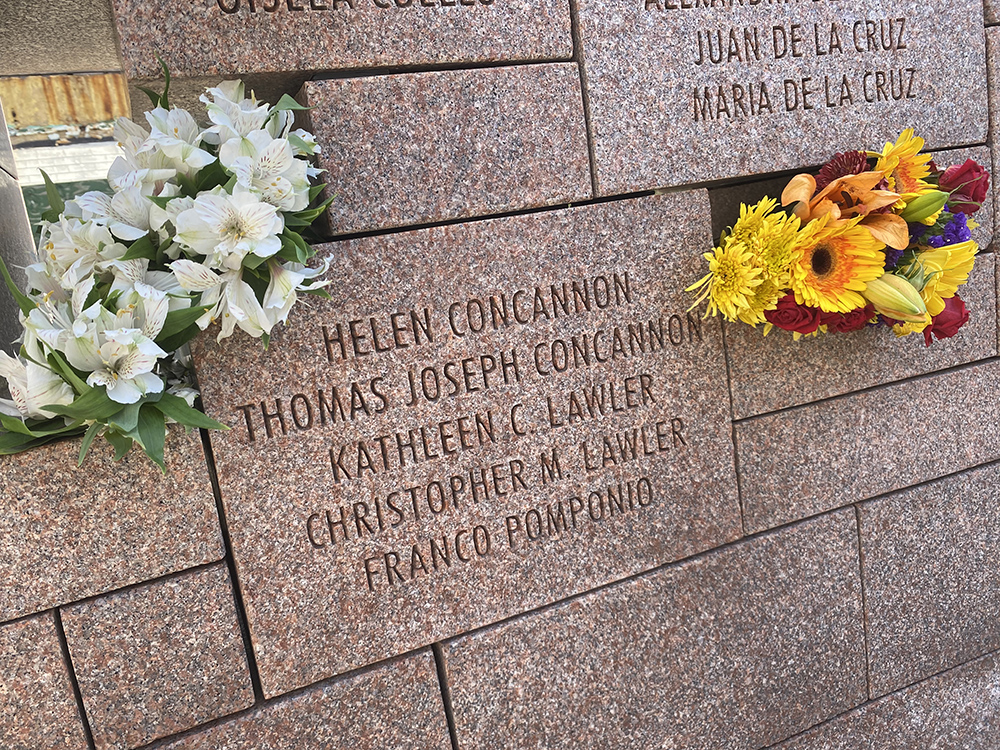 Following comments, the families were invited up to the memorial wall to places roses near the names of their family members.

Story and Photos
By Katie McFadden