Here’s a rundown of some stories to happen in each issue of The Rockaway Times this year.

The Rockaway Theatre Company was gearing up for its first show back in two years—”Legally Blonde Jr.”

Surfside residents were readying for a battle with ALMA after reports were released showing the company was considering building more residential buildings on the site.

Local musicians held a fundraiser at RBQ for the families impacted by the Dayton fire.

Artist micca was getting ready to perform PINE, a performance on the beach featuring Christmas trees.

Rocco Pisani and Julia O’Sullivan teamed up to raise money for Team Sister Strong for LLS.

The Randolph Holder School for Social Justice in Far Rockaway teamed up with other District 27 schools to raise money for families affected by the massive apartment building fire in the Bronx.

Rockaway held a vigil after Police Officers Jason Rivera and Wilbert Mora were killed in Harlem.

A vandal was running rampant, breaking car windows by the Rockway ferry landing.

Uri Kaufman asked Community Board 14 for permission to rezone the long-unutilized courthouse as a place to rent business space.

Hours after the vigil for the two officers that were killed, an off-duty officer from Far Rockaway was shot in the shoulder on Beach 62nd Street

The Far Rockaway Teen Library opened for the first time since March 2020.

After the Army Corps set up their staging area on Beach 116th Street, residents and business owners made a plea for them to relocate.

Broad Channel held a Back the Blue rally in response to police shootings.

The RT launched the 2022 photo contest.

Editor Katie McFadden was honored among the deputy grand marshals at a Gala for the 2022 St. Patrick’s Day Parade.

10-Year-Old Davina Afokoba was killed when a car hit her in Far Rockaway.

A proposal was revealed for a 9-story building at the site of the long-abandoned Chai Home.

Joann Ariola was sworn in as District 32’s councilwoman.

Kids from SFDS were collecting cans to raise money for charity.

Parade weekend was upon us! After a hiatus due to Covid, the St. Patrick’s Day Parade was back.

As war broke out in Ukraine, things got scary for the RT graphic design assistants abroad.

It was announced that the Sand Bar was going to be demolished for an 8-story building.

Rockaway Beach Volleyball League reached an agreement with NPS to continue that summer.

Rockaway was standing up for Ukraine by collecting emergency supplies.

Overdevelopment was a hot button issue at the Belle Harbor Property Owners meeting.

A groundbreaking was held for the new P.S. 47 in Broad Channel.

The window smasher at the ferry landing was back for round two.

The RT began a four-part series on Big Dan Tubridy.

The MTA released a draft bus plan that would impact Rockaway’s bus routes.

The Academy of Medical Technology at the Far Rockaway Educational Complex cut the ribbon on a successful hydroponic classroom farm project.

Thousands gathered around St. Francis for the funeral of Firefighter Timmy Klein.

For the eighth year, the Rockaway Times won awards from the New York Press Association.

NYC Parks was seeking proposals for the Beach 17th concession.

Jeff and Kerryann officially retired after selling Connolly’s. The Mikes, Reinhardt and Koloyan, of Locals, bought it.

The RT Photo Contest was narrowed down to a Top 30.

Rumors swirled that NYC Parks would be closing the beach from Beach 90th to Beach 116th through July due to Army Corps construction.

NPS Announced Riis Beach Collective would be taking over the main concessions in Riis.

Locals held a rally as it was announced that many areas would have red flags for the beach season due to construction.

Kristine Caruso, a young woman who had SCA2, died ahead of her 30th birthday. Rob Romas, a former DSNY employee, and online personality “Rockaway Archie” died.

After undergoing a renovation, Memorial Circle was rededicated on its 75th anniversary for Memorial Day.

The 9th Annual Rockaway Irish Festival was back.

A street renaming was held on Beach 134th for the late basketball star Clare Droesch,

Rockstock and Barrels was back for its Sweet 16.

Two youths drowned in separate incidents on the beach.

Firefighter Casey Skudin of Rockaway’s Ladder 137 was killed in a freak accident while on vacation.

Terri Carta took over as executive director of JBRPC.

Local music teacher Tyron “Twiz” Williams was a quarterfinalist for a GRAMMY.

A vigil was held at the Beach 116th firehouse for Firefighter Casey Skudin.

A mission began to restore the Anabas Boat Club to its former glory.

An officer working for the 100th Precinct saved a choking child on the beach.

Kiss Me Kate debuted on the RTC stage.

David Norment was appointed as superintendent of District 27’s schools.

A big volleyball tournament was held in memory of FF Timmy Klein.

A local man was assaulted by a group of unruly dirt bike and ATV riders that came through town.

The Cristin Mullen run was a big success. 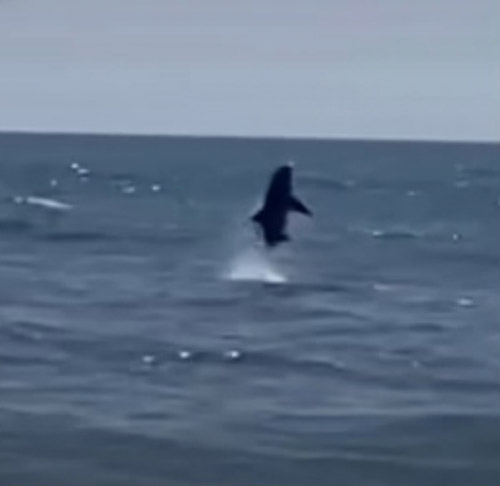 Rockaway was facing its own shark week as beaches were closed due to shark sightings.

Local firefighter Ryan Warnock was injured on the job during a car accident rescue in Midtown.

Councilwoman Ariola and city agencies organized a sting operation to stop the ATVS and dirt bikers from wreaking havoc.

The City announced that the one-way ferry fare would be going up to $4 in September.

The community mourned Detective Brendan McVeigh after the NYPD officer took his own life.

Two young men, including a teen, were killed in acts of gun violence.

The RT Photo Contest was narrowed down to a top 10.

Far Rockaway Community Church of the Nazarene held a ribbon cutting for its new facility.

The RT was gearing up to host the annual Sandcastle Contest.

A big fundraiser on behalf of FF Timmy Klein drew big crowds to the BHYC.

The federal government was offering a reward for information regarding the destruction of Oystercatcher and plover nests and eggs.

NYC Lifeguards brought back the LG Olympics, which was dominated by Beach 117.

Two musicians from Ireland, Two Degrees, were taking the peninsula by storm.

A Far Rockaway man was killed in a sidewalk hit and run on Beach 20th.

“Honeymoon in Vegas” was coming to the RTC stage.

Rockaway was getting ready to commemorate the 21st anniversary of 9/11.

The RT shared the story of Jonathan Ortega Narvaez and his BluePath autism service dog, Milo.

Poseidon Parade was coming that weekend.

The Fight for Firefighters Foundation did a ramp build for Jack Bender in memory of Timmy Klein.

At Poseidon’s Parade, lifeguards were given awards for going above and beyond this summer.

The Richie Allen Surf Classic was a big success.

After her mom died of cancer in her freshman year, New Visions student Yolanda Omoworare graduated as valedictorian and got into Sophie Davis.

Beach 116th business owners had a meeting with Councilwoman Joann Ariola to discuss ways to improve the block.

Far Rockaway High School alumni were getting ready for a 125th anniversary reunion.

Mayor Adams announced funding for a $35M investment in a park where QueensLink advocates were hoping for a train.

The Ryan Rudden Hockey tournament was a big success.

Friends were gearing up to host a big fundraiser for Brian Hanna.

Beach 129th businesses were getting ready to host Freedom Fest.

QueensLink advocates held a rally for the rail line. 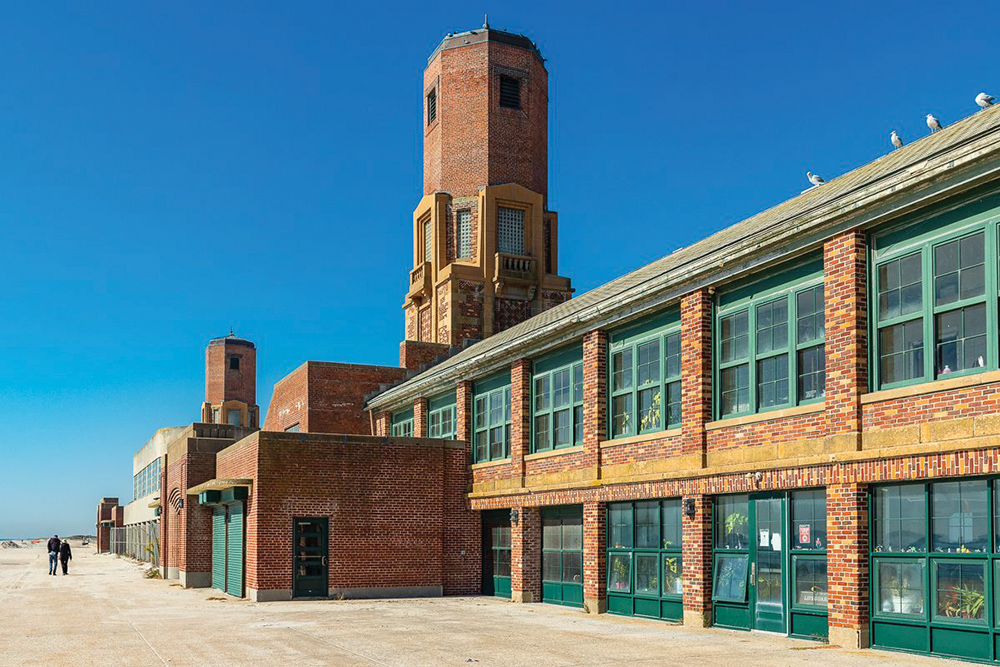 A 15-year-old Channel View student was killed on the A train.

Brooklyn Bazaar signed the lease on the Riis Bathhouse with plans for hotel rooms, a pool and more.

Spencer Sutera put in hard work to bring Manor of Screams to life for Halloween.

The Army Corps held an event to commemorate the 10th anniversary of Sandy.

“A Few Good Men” was about to hit the RTC stage.

In an election surprise, Tom Sullivan was leading Stacey Pheffer Amto by 246 votes when the count stopped on election night.

Pizza on the Point opened in Breezy.

The RT shared the story of 102-year-old veteran James Cavanagh for Veterans Day.

Rockaway was preparing for the Turkey Trot in honor of Jimmy O’Neill.

The Flight 587 crash was remembered on the 21st anniversary.

Rockaway held a vigil to remember Lew Simon on the one year anniversary of his death.

The Little North Pole was gearing up to light up early for the holiday season.

The New York Dippers Club was drawing attention with daily dips into the chilly Atlantic.

The Anabas Boat Club reached membership capacity and was heading in the right direction.

The Best Dressed Man in Rockaway started dishing out proceeds from his book to charities.

The Jimmy O’Neill Turkey Trot was a huge success.

Stockings for a Cause launched with a mission to help U.S. Navy vet Teddy Tan.

The Nassau County Bridge Authority announced the Atlantic Beach Bridge toll would increase to $4 next year.

The race for Assembly District 32 was still undecided and getting messy.

A Broad Channel man was charged with animal cruelty for neglecting 45 dogs and puppies.

Surfers teamed up to try to rescue a sperm whale, but the whale later died.

Holiday events from lightings to Santa runs were abound.

A groundbreaking was held for a long-awaited middle school in Arverne by the Sea.

Nurture U owner Samantha Cintron shared her story of working as a masseuse for Mariah Carey on her Christmas tour.