Friday, December 23 was a day of excitement in Rockaway that culminated in a high-speed chase, a hit and run and three suspects apprehended.

According to police sources, a red vehicle was stolen within the confines of the 63rd Precinct in Brooklyn on Friday afternoon. Police chased the vehicle over the Marine Parkway Bridge and into Rockaway. 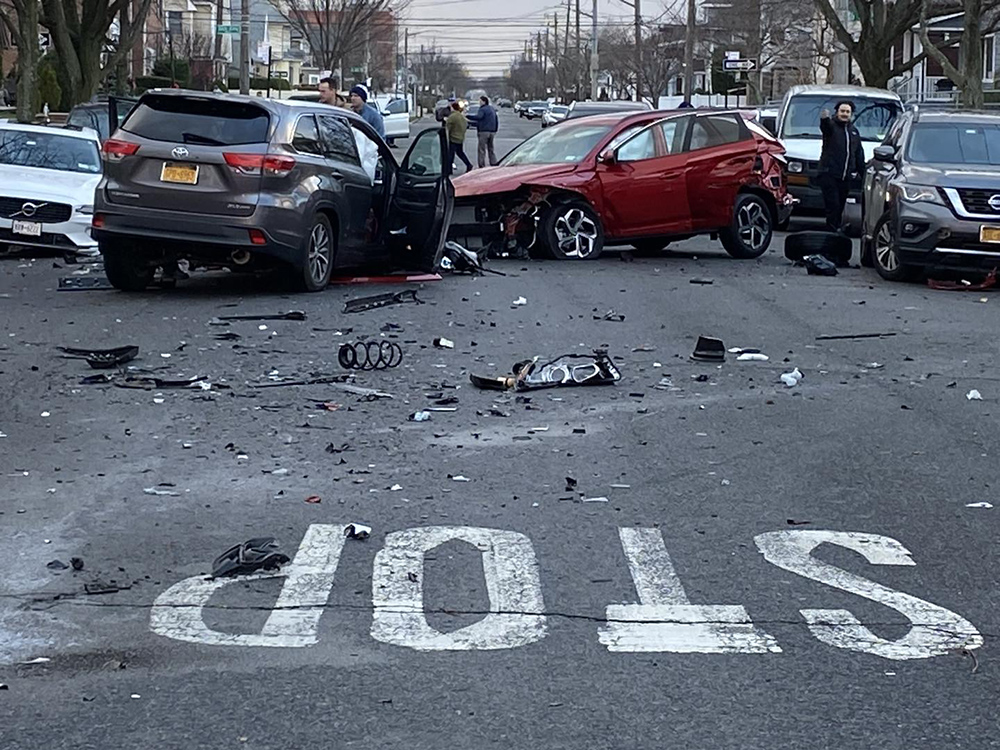 Allegedly heading in the wrong direction, the drivers of the red vehicle slammed head-on into a dark grey SUV near Beach 130th and Cronston Avenue. Three suspects in the vehicle took off running. Police continued to patrol the neighborhood, searching backyards and homes for the suspects. All three suspects were caught, including at least one on Beach 130th Street.

The victim in the grey SUV, a woman, was conscious and expected to be okay. 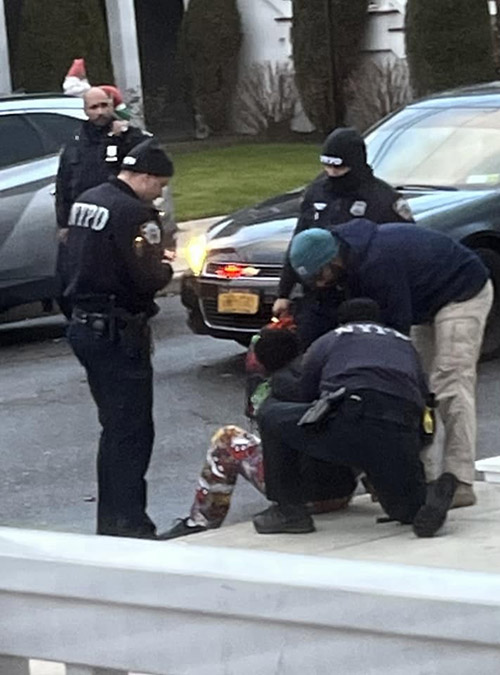 The Rockaway Times reached out to the NYPD’s press office for further information about this incident on Tuesday, December 27, in which they responded that they had no reports on file regarding the incident and to follow up.