Written by Rockaway Staff on January 12, 2023. Posted in We Get Email.

I live on Cronston Avenue and have been complaining to the NYC DEP for over ten years about the storm drains, officially called “catch basins,” on my corners. My basement was flooded with two feet of salt water during Hurricane Irene back in 2011 and the water rose directly from those catch basins. I’ll skip over Sandy because we all know what happened.

On December 23, 2022, I personally witnessed the water backing up and rising from the eight catch basins on my corner on Beach 128th Street and Cronston Avenue at about 6:15 a.m. The rest of Cronston Avenue, and the side streets in my vicinity seemed okay at that point, with no flooding, but as the water continued to rise from Beach 128th Street, eventually many more streets became flooded. It became so bad that many of my neighbors and I had to scramble and place sandbags to protect our driveways from flooding our basements again. As high tide peaked at about 7:15 a.m. that morning, most streets were flooded. I believe that there was just too much water at that point for any of the catch basins to handle. 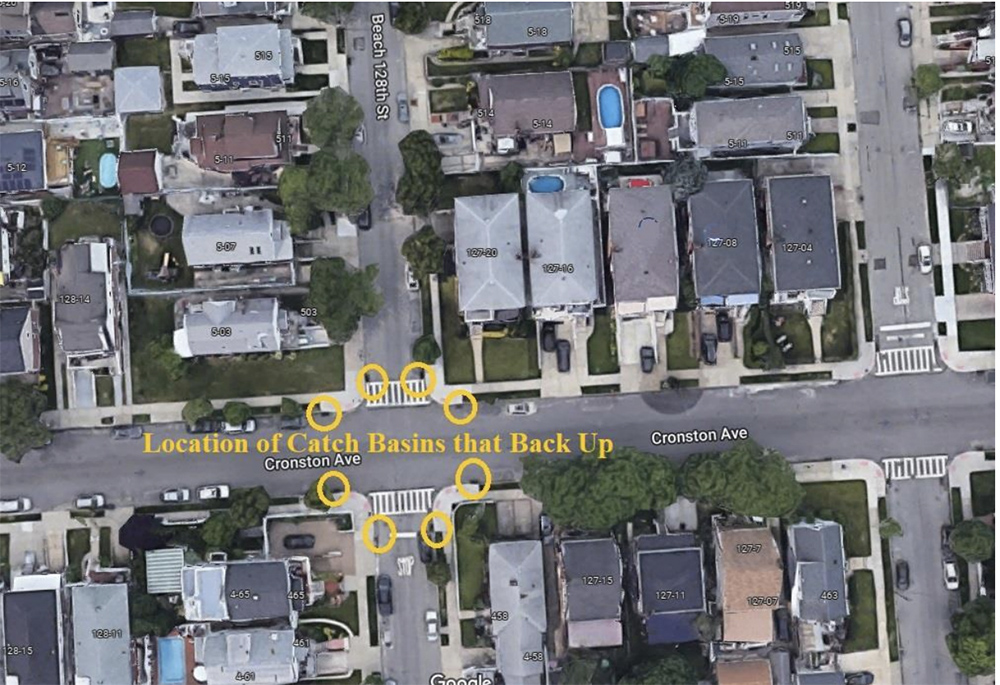 I’ve learned over the years that the catch basins are connected to pipes that run underground and empty along the bay wall on Beach Channel Drive. You can see them at low tide if you look over the wall. When it rains, the water flows from the street into the catch basins, runs through the pipes, and empties into Jamaica Bay.  (Kind of gross, but that’s another story).

Many of these pipe openings, or “outfalls” contain what the DEP calls “duck bills” or “flap gates” which are devices that enable rainwater runoff to drain but are supposed to prevent tidal waters from back flowing.

DEP completed a big project in late 2017/early 2018, where they added many of these duck bills along Beach Channel Drive between Beach 117th Street and Beach 143rd Street. Since that project, I no longer see backups on my east corner of Beach 127 Street. However, the problem has continued on my west corner of Beach 128 Street.

Now this is not a common occurrence. In fact, the last times I noticed the catch basins back flowing on Beach 128th Street was in 2018 during two Nor’easters that year (March 2 and October 27). In my experience, once the high tide reaches eight feet, the catch basins begin to backflow. If the tide is over nine feet, like it was on the morning of December 23, the streets become significantly flooded, putting personal safety and property at risk.

I suspect this problem is occurring with many of these catch basins throughout the entire peninsula. Not only on Cronston / Beach 128 Street. 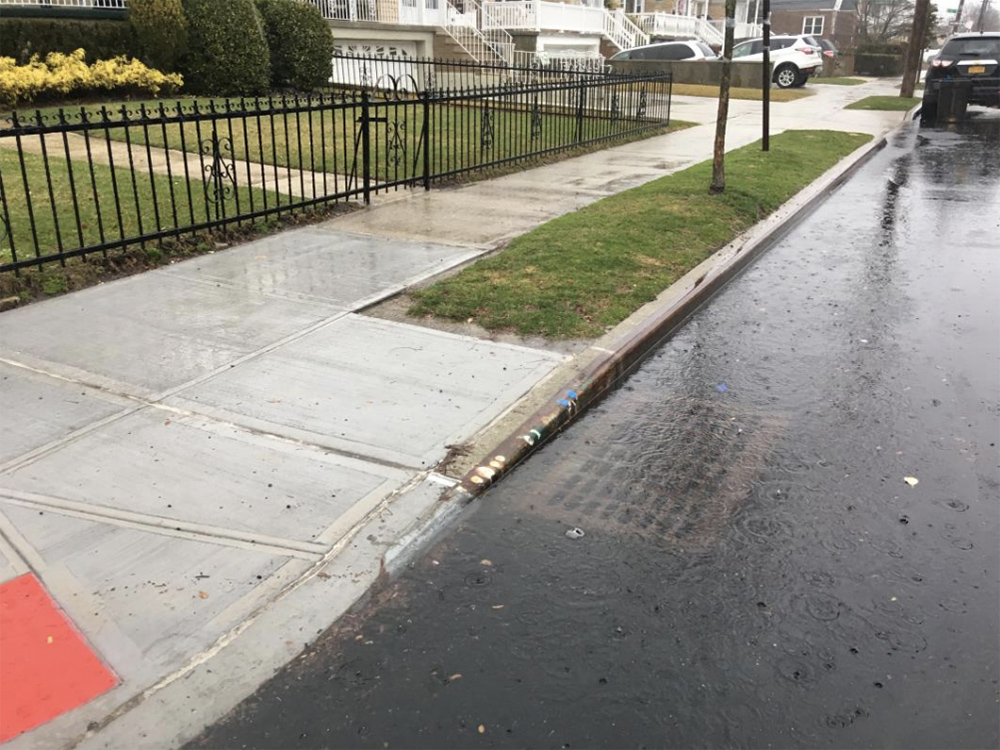 I attended the Emergency Town Hall Meeting on Thursday, January 5, at the Goldie Maple Academy, and there were several others across the peninsula complaining that the tidal flooding had come from these catch basins. DEP Commissioner Sapienza was in attendance and even stated that it was a possibility.

On Dec. 23, the water in Rockaway did not come from the ocean meeting the bay, nor from the bay breaching the bulkhead/ bay wall on BCD, nor “from the ground.” It came from the catch basins.

I hope the Rockaway Times can publish this letter.  I would love for there to be more community attention and discussion of this matter.  Thank you.