The results are in, mostly, but it may be a few weeks before District 31 will find out who its next City Council Member will be. In a historic voting process, ranked choice voting will come into play for the first time in New York City to determine the winner of the race.

With roughly 7,000 votes, turnout was low in a district of more than 100,000 registered voters in early voting and on election day, Tuesday February 23, for the special election to fill former Councilman Donovan Richards’

Rockaway Gets the Hollywood Treatment

This Week in History

Topping Off at Beach 21st Street 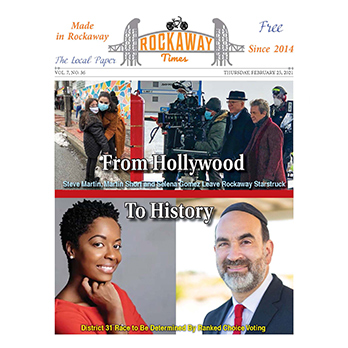 A Blast Of Optimism

A Parade for Paulie